Budget 2019: Unless we can find some way of taxing wealth as well as incomes, New Zealand is headed for an intergenerational economic meltdown, writes Grant Thornton tax partner Murray Brewer.

It’s hard to get your head around how much money the government has. The slew of spending announcements in the run-up to Budget Day makes it seem as if the coffers are bottomless, not to mention the huge amounts of cash allocated on the day itself. A $95 million programme to train 3,280 new teachers over four years sounds great, but what does that mean and what proportion of the whole does it account for?

Instead of thinking of the $85 billion in tax the government will collect from us all this year, let’s condense that down to $85 which the government will spend at the supermarket for the entire year. There are certain basics that have to be paid for. In the welfare aisle, it will spend about $29 on benefits, of which about $15 will be on national superannuation welfare’s 800,000 or so recipients. Another non-negotiable is $18 on health. Then there’s education $15 and $5 on law and order and the defence force $3, not to mention roads, railways and other essential infrastructure. Add in initiatives such as the Provincial Growth Fund $1 and very quickly there is not much left of the original $85.

The government’s Wellbeing Budget must be seen in this context. Its wellbeing initiatives are small change, with the vast bulk of its yearly spend soaked up by essentials and must-haves.

Kiwis see the likes of universal superannuation and free healthcare as their birthright. Yet these same New Zealanders are known to wring their hands in outrage over social good spending such as Treaty of Waitangi claims. The fiscal reality is that two months of this year’s superannuation payments would cover the last 20 years’ worth of Treaty settlements.

There is a name for this emotional response to money. Mental accounting is the theory that people think of value in relative rather than absolute terms.

Stick with me because it explains a lot, and the recent extreme reaction to the government’s plans for a capital gains tax (CGT) is a good example. The groundswell of opposition was so strong that it forced the Ardern administration to back away and declare it now won’t be happening on its watch. Similarly, successive governments have not dared to touch national super aside from intermittent attempts to tinker with the age of eligibility.

Groups such as residential landlords with a handful of rental properties were vehemently opposed to a CGT. Their arguments against it ranged from unfairness that their hard-won assets should be taken away through to ‘I’m benefitting society by providing these homes to tenants’.

Their reaction demonstrates a gap in empathy and a failure to see the big picture. Because we don’t tax wealth in New Zealand these landlords have had it good for a long time, and they are not looking back down the road at the younger people coming through who are struggling to buy a home in the country’s overpriced property market.

The mental accounting theory works like this. You have five people who are entitled to a share of a profit pool. Think of my own profession where partners in an accountancy firm might get paid a base monthly salary and then divvy up the remaining profits each year based on their individual contributions. One person may be entitled to 50 cents, while the other four are in line for $5.

The person getting 50 cents is far more likely than those getting $5 to say, ‘let’s not allocate anything this year, I’d be happy if there was no bonus’. Even though they are giving up 50 cents, they would rather that other people don’t get ten times as much. We are relative in our behaviour rather than absolute. In short, we are jealous.

If you think of this in terms of the CGT example, small-time landlords were aghast at the idea whereas commercial property developers and investors tended to view it as an inevitable cost of doing business.

At some point the tide is going to turn in New Zealand. We pay tax on what we earn, not on how wealthy we are. There is an unevenness in how we all chip in to pay for the likes of universal superannuation and free healthcare. PAYE earners remain an easy tax payer target, but many in this group struggle to pay their bills. Unlike many of our trading partners, New Zealand has no capital gains tax, wealth tax, death duty, stamp duty, or compulsory and tax incentivised retirement savings. The recent failure to introduce a CGT indicates this isn’t going to change anytime soon.

If everyone keeps objecting to every version of a wealth tax, eventually we are going to run out of ways to raise money. With an ageing population and increasing immigration, we have a massive and growing queue of people whose pensions and healthcare will need to be paid for out of that $85. This is not a new concern. Treasury warned the government of this funding bubble in 2016, noting that the amount the government can spend isn’t going to increase anywhere enough to match the much larger increase in the amount it will need to spend on health and superannuation.

With only $85 to spend we will need to whip out the credit card to pay short term bills. But longer term it’s not a pretty picture.

The Tax Working Group’s recommendations, including a CGT, were an attempt to create better social cohesion. Younger people are being left with the burden of funding the retirement bubble plus paying for their own education and trying to get on the property ladder. If nothing changes there will be a massive gap in economic wellness between the younger and older generations. Already we have one of the highest standards of living for retirees in the world, and yet we struggle to fund the upkeep of infrastructure, health and education, while nodding uniformly that universal super is a given.

If older people aren’t prepared to share the pie around in a more even fashion while they’re alive, perhaps it will have to be death duties.

It would be great to see the government introduce meaningful tax incentives to encourage personal retirement saving.  Currently income is taxed in full before money is invested into Kiwisaver or similar schemes. Our close trading partners, including Australia, provide meaningful tax incentives even though most of their retirement savings systems are compulsory. It’s no coincidence that Australia’s capital markets are stronger than ours and nor is our dependence on their banks.

If nothing changes and we continue to hold our breath, then we will eventually get to a point where universal superannuation and healthcare services will need to be cut, or at least means tested. The population demographics and the size of our tax base don’t compute in the longer term. If treasury was a little bolder and was prepared to roll the dice to encourage relative behaviours in the area of personal retirement savings through tax incentives, then it might give the politicians more courage to make change to improve the longer-term health and wellbeing of the economy.

The teacher strike today is an indicator that the system and people are under pressure. It’s easy to ignore this for a while and to focus on other national headlines such as resolving the inconvenience of Waiheke Island super gold card ferry congestion. But with so many of the benefits New Zealanders enjoy locked in socially, it may take an economic meltdown before politicians and voters are forced to make principled decisions to effect meaningful change. In the meantime, the protection of political capital seems to be the main concern across the board. It will be interesting to see if tomorrow’s wellbeing budget makes any meaningful positive change, or whether its is merely playing with the cents that remain from this year’s $85 of tax. 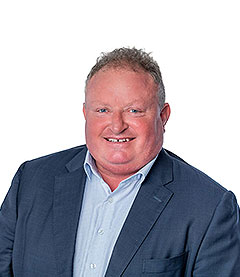