The digital divide is creating two New Zealands. The budget must help bridge it

If the wellbeing budget is going to do something about the long-term productivity of the country, it must address the growing gap between digital haves and have-nots, writes Grant Thornton’s Helen Fortune.

Many fear that increasing digitisation and automation will result in the mass loss of jobs. But that’s not what happened when the first industrial robot arrived in factories.

In 1961, ‘Unimate’ was put on the General Motors production line. It featured a 4,000-pound robotic arm that transported die castings from an assembly line and welded these parts on auto bodies. That was a dangerous task for workers, who could be poisoned by exhaust gas or lose a limb if they were not careful.

Rather than taking their jobs, the Unimate freed up workers at General Motors to do safer, and more productive tasks. Their skills were needed elsewhere, in more valuable roles. And the safety improvements meant workers were less likely to suffer from tragic accidents in the workplace. It was good for consumers too, with the purchase price of cars coming down.

The impact of technology on future productivity is going to be vast, and international competition will be fierce. We no longer associate the word “automation” with machines assembling cars on a factory floor as we did in the 1960s. Today we can automate much more complex and high-value business actions than before. The potential is hugely exciting, and we should be looking at these developments as solutions to problems, rather than competition for workers.

As an accountant, it’s easy to see this taking place. Products like Xero or MYOB Accountright have revolutionised not only the way business conduct their financial affairs, but also how they communicate with other businesses, software applications, employees, and the IRD. It frees up administrative time and provides businesses with accurate and timely data. But there is still a place for accountants in this brave new world. These tools, when used correctly, increase the productivity of skilled workers, rather than replacing them. For example, accountants are now afforded more time to help businesses navigate the challenges that prevent them from achieving their growth aspirations. They are better placed to provide insights and ideas for the future of their clients’ businesses and this will contribute to shaping a vibrant economy.

It’s easy to take an online world for granted. We who work in offices, and many outside of them too, spend most of every day connected to some sort of device. The pace of technological change is accelerating around the world, driving significant change across economies, governments, and societies. Thriving amidst this change requires us to leverage data, technologies, and skills to realise a responsive and efficient economy and society.

But the skills and ability to navigate that world have to be learned, and there are still many in New Zealand who are not in the digital age. A point made by the new government that absolutely must be addressed is that 100,000 children live in houses without internet connections. Segments of the rural world and people from lower socio-economic backgrounds can also struggle with digital access. People sometimes worry about kids getting too much screen time, or being glued to their devices. But in fact, the opposite risk – that kids will grow up without ever being equipped with the skills to interact with the online world – is something that we should consider extremely pressing.

Many of today’s jobs are predicted to either not exist, or be radically different in the coming decades. With that as the context, it is skills that will matter most of all. But to get young people in particular ready for that world, the wellbeing budget will have to make significant investments. There are four major ways they could do that.

The first is robustly addressing New Zealand’s skills shortage by welcoming people who can train Kiwis to our shores. At a time when many countries around the world are throwing up walls, we need to invite the best minds in the world to bring their skills here. We need these people to be educating and inspiring young people to embrace the digital revolution.

The second point is that there needs to be much more collaboration between businesses, universities, and the research sector so that ideas and solutions can be brought to market. It’s no good getting the best minds in the world here if we don’t make the best use of them.

Third, business should be incentivised to embrace risk, and early-stage investments in start-ups. We don’t know where the next great idea will come from, so the net should be spread wide. Government subsidies and support for R&D end up benefiting all of us in the long run, if it results in a more productive economy, as the main vehicle for innovation.

Finally, government should act as an exemplar, leading the way on using technology and data to deliver better quality services.

But all of those changes would be for nothing if young people are not also supported and trained to become part of the digital future. Fundamentally, we shouldn’t see people in this situation as a burden – rather, we should see closing the digital gap as a fundamental investment in future economic productivity.

In taking these steps, we could come closer to realising a truly positive view of technological change and the future. Imagine a kid growing up today in a disconnected household, being taught how to use technology in school, further developing their skills in the tertiary sector and workforce, being able to start their own innovative organisations, and one day going on to employ others to bring their skills to bear on the problems of the future. 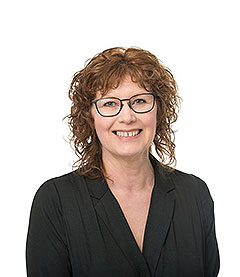