Budget 2019: Should the collection of taxes be the point at which we talk about fairness, or should fairness be part of a completely different conversation, asks Grant Thornton tax partner Oksana Simonoff.

But is fairness an appropriate way of thinking about how the tax system should be designed? Can tax even be fair at all? The idea of who should pay what share is so heavily contested, that the question must always be – fair for whom? And there’s a corollary to all of this, in that often targets of fairness campaigns get picked based on how easily they can be scapegoated as behaving in a way that people see as unfair.

Tax is based on fundamental principles that are thousands of years old. Historically we have always taxed things that can be seized, like bricks and mortar, for obvious reasons. Some, like anthropologist James C Scott from Yale University, have even theorised that we came to eat a lot of grain because, during the earliest development of agriculture a few thousand years ago, it was an easy type of produce for state makers to collect, as it stays above the ground, can be easily counted and matures all at the same time.

As a result, we came to organise our affairs around how the tax system works, in accordance with the letter of the law. No more, no less. But things like the evolution of digital value creation will completely upend all of that. Digitised businesses don’t necessarily have to have a presence in a country to operate there. While multinationals with huge resources have dominated the conversation around this, digitisation of the economy isn’t just for the big players –digital business models underpin multitudes of emerging businesses as well, and fragile lower margin startups.

When it comes to a new idea like the digital services tax, we are all playing catch up. These ways of creating value and wealth have existed for a long time, untaxed. That’s a major reason why such a tax is now pitched more as a question of fairness than of revenue raising. After all, the revenue that actually gets raised will be negligible, at least in New Zealand. In a best-case scenario, it is expected to deliver about $80 million a year. But it hits targets like Google, Facebook, Amazon – companies who have built a reputation of being evil empires exploiting the ordinary consumer.

But can reforms like this actually be driven by fairness? Countries in Europe have come up with very blunt instruments for their digital services taxes; for example, France is pushing for 3% tax on turnover. But simply taxing 3% of turnover isn’t a particularly good tax solution, because it doesn’t take into account how value is created, and what you’re actually hoping to tax. It’s widely seen as a bad tax, and it will take years to come up with a better solution. We should also be deeply wary of taking aim at big players of overseas origin for more tax, because we’ll probably find tit for tat responses against our home-grown exporters.

As a tax advisor, I constantly hear an extraordinary amount of cynicism from my clients around digital services taxes, especially when they’re pushed under the pretext of fairness. There’s a huge uproar in corporate circles about such an approach, with claims they’ve been cast as characters in some great moral drama of tax. But everyone’s perception of fairness in the tax system will always directly relate to their own interests.

Fundamentally, the agenda of tax fairness is misguided, and we should be deeply sceptical of the principles underpinning it. No one, since the dawn of civilization, ever wanted their grain taken away from them, and presenting the issue in the moral light of fairness is not going to change that.

The recent Tax Working Group (TWG) report was a classic example of the fairness play. It was fundamentally aimed at fairness as a concept, and how the system should be reformed to become ‘more fair’ – that was even part of the title of the report. But in looking at the treatment of Goods and Services Tax, the TWG had an opportunity to consider fairness of outcome as something that can be achieved through the tax system.

It’s a widely acknowledged view that GST has unfair, regressive outcomes for those on lower incomes. If the TWG wanted to change outcomes on the basis of tax fairness, it was clear that something would have to be done about GST. We have the broadest GST system in the world at the moment, with 15% of absolutely everything consumed getting taxed. You may think it’s a fair tax because it taxes everyone the same. But in terms of fairness of outcomes, it fails, because lower income earners see a much greater share of their income disappear into government coffers than those who can afford to save and invest.

Put simply, there is no such thing as a fair tax. So if we want to accomplish anything in building a better society, we should focus our efforts on delivering fairer outcomes and leave the tax collector to their duties, benevolent or not. 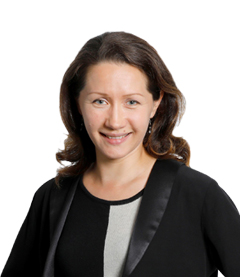