Heads up for PBEs: new service performance reporting standards are on the way

A public benefit entity’s (PBE) purpose is use its resources to implement initiatives that benefit the community. So, a key aspect of its annual reporting should be focused on communicating the impact of its operations to its various stakeholders and society as a whole.

Why is service performance reporting important?

Prior to the introduction of PBE FRS 48, annual reporting for PBEs has focused on the financial performance of the entity concerned. While this is clearly important, focusing on financial reporting only tells half the story - many would also argue that isn’t even the important half! Accordingly, the new reporting requirement shouldn’t be viewed as pointless busy-work for PBEs, but an opportunity to tell their story and communicate about the wider impact they have on society.

The principles and requirements for presenting service performance information will establish greater organisational accountability and facilitate better decision making. This is particularly pertinent in a world where funders want more bang for their buck for each funding dollar they provide.

How is the new standard applied?

The standard establishes high-level requirements for entities to determine how best to ‘tell their story’. The requirements are flexible and provide scope for entities to identify appropriate and meaningful service performance information for users of general purpose financial reports.

In particular, the standard requires a PBE to provide:

The nature of the information reported by each PBE will depend on a number of issues. The following factors require some thought when determining what information to report:

PBEs will have to apply judgement in each particular circumstance and disclose the judgments made in the selection, measurement, aggregation and presentation of service performance information reported in applying the standard.

PBE FRS 48 also requires service performance information to be presented for the same reporting entity and period covered in financial statements (unless permitted otherwise by legislation). As a result, comparative information should be prepared so that is available following adoption of the standard.

PBE FRS 48 is effective for reporting periods beginning on or after 1 January 2021, and early adoption is also permissible for those who are keen to tell a more complete story about their organisation sooner rather than later. 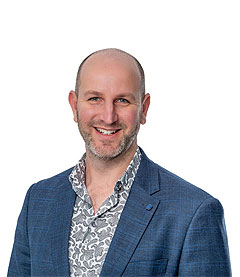