Grant Thornton’s latest edition of Dealtracker has delivered another deep dive into transactions in the Australian market. The report analyses mergers and acquisitions, and equity markets during the 18-month period to December 2018; and while it provides some good insights into what’s happening over the ditch, there are some key takeaways for New Zealand businesses seeking growth opportunities.

The continued upward trend in overseas acquirers is one finding that’s particularly pertinent to Kiwi businesses with high growth aspirations; these purchasers comprised 31% of transactions, up from 28% in the previous Dealtracker period. Australia, like New Zealand, is regarded as a safe-haven given its relative political and economic stability; this is solidifying its international reputation and is contributing to this strong appetite for Australasian investments, particularly from the US and Canada.

Small and medium sized businesses (SMEs) are the predominant acquisition targets. This composition is reflective of the overall corporate landscape in Australia and New Zealand, with the majority of businesses being SMEs.

In the past, transaction size was a significant barrier to attracting foreign buyers; from our experience overseas, interest in the SME sector is strong. SMEs with a proven core business and high growth potential are hugely appealing acquisition targets that can achieve premium valuation multiples.

In the future, the level of deal activity in the mid-market sector is expected to accelerate. Owners of private Australian SMEs are becoming increasingly mindful of the need for succession planning as the baby boomer generation nears retirement. New Zealand’s rapidly ageing population will impact Kiwi business owners in much the same way.

Our market will eventually be flooded with companies for sale due to the significant number of baby boomers looking to exit their businesses. A solid succession plan can make businesses more appealing to overseas acquirers, and more importantly, stand out from the large volume of businesses for sale as their owners start to reach retirement age. Business owners need to be agile enough to contemplate a sale or a smooth exit on the best possible terms any time an opportunity arises.

It’s also expected that mid-size businesses that sell products and services transferable to buyers’ home markets will be particularly attractive prospects for overseas acquirers. Naturally the technology industry has wide appeal, however Dealtracker notes that in Australia, transactions in this sector both by domestic or inbound bidders typically have a smaller deal size as the companies acquired are most often in the initial growth phase of the business cycle.

Deal volume is on a positive trajectory compared with previous Dealtracker periods. This has been driven by strong M&A activity during 2017 and a surge in IT sector acquisitions by bidders who either want to expand their technological capabilities or have identified growth opportunities.

Australia’s IPO market has continued to stabilize after the high levels of activity seen in 2015; the latest Dealtracker reports an overall decline of 4% in the total value of IPO proceeds compared with the previous period. Slower activity particularly occurred in the higher end of the market because of increased market volatility, however, the second half of 2018 finished with a strong rebound in capital assets.

The median multiples of EBITDA across the market as analysed during this Dealtracker period were strong for transactions in the $20+ million revenue range fueled by the weight of funding available for high quality businesses. Standout sectors included niche consumer discretionary providers and consumer staple providers driven by food security and branded food opportunities. 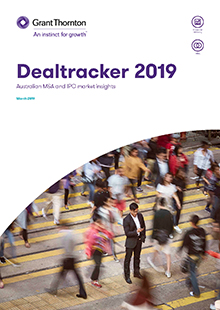 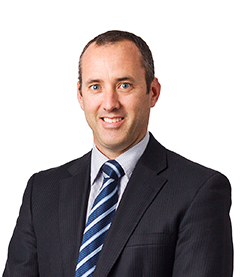