The business case for gender diversity in senior leadership

Gender diversity in business leadership is a no-lose proposition, yet progress is still slow. Grant Thornton International has been surveying thousands of businesses annually since 2004 about the levels of gender diversity in leadership roles globally. The 2019 report Women in Business: Building a Blueprint for Action has just been released; we’re seeing some incremental improvements but no real sea change.

In some ways this is surprising, given the commercial benefits of diversity are well-established: higher performance, more innovation, a better work culture, and better connections with a wider range of customers, not to mention the impact on bottom lines.

In other ways, perhaps the lack of progress is to be expected. Many companies have unconscious biases and ways of thinking that aren’t conducive to positive change.

Slow progress in the face of complacency

Once upon a time, New Zealand was ranked relatively high among other countries for its gender equality in business. Our ranking dropped significantly four years ago, and it continues to plateau; this could be attributed to complacency kicking in. It can be easy to tell yourself, “Yes, this is a problem in general, but it’s not an issue in my business.” Unfortunately, our research over the years shows that’s not the case.

How can that target be reached and then surpassed? Equal pay, non-discriminatory recruitment and flexible hours were just three of the policy recommendations from last year’s Women in Business report, but policies alone don’t generate the kind of change we’d like to see. This year’s report spells out some of the practical actions that businesses can take to improve diversity in their senior management teams, including:

These simple adjustments can lead to big improvements to how Kiwi businesses hire and retain excellent employees. Making only a handful of small changes can have a positive impact on the current and future women in your workplace.

For those business owners who believe there’s no gender diversity problem in their own companies, I would urge them to actually measure their success on this front. What percentage of the senior management roles are filled by women? And how many women are waiting for a seat at the table?

Even without expert studies dedicated to this subject, it’s common sense that diverse teams of people will generate more diverse ideas and be less likely to fall into the trap of groupthink.

Grant Thornton’s own global CEO, Peter Bodin, says he’s seen it with his own eyes: “I know from my own personal experience that gender diversity leads to higher performance, a more inclusive culture [and] more balanced decisions.”

Changing the culture at the top

Women still face more barriers to progress than their male counterparts, including lack of access to professional development and networking opportunities. Caring responsibilities beyond their work remains a barrier for 25% of women, however this is also the case for 21% of men surveyed for this year’s report.

New Zealand’s first father, Clarke Gayford, made international headlines in 2018 when he took time off to be a stay-at-home dad while his partner Jacinda Adern continued in her role as Prime Minister. Some of the negative responses to this arrangement were startling – the level of astonishment was another indication of how slow progress has been when it comes to challenging traditional gender roles. But it does demonstrate that they are being disestablished, and having it happen at the highest level of government sends a powerful message – one that also needs to come from the top tiers of company culture. When the senior management team leads by example, it becomes a group that women aspire to join, where they feel accepted as a leader. When the senior leaders all look the same, that sends a message to anyone who doesn’t fit the description: You don’t belong here.

An inclusive culture is a way to foster diversity, creativity, productivity and a much more enjoyable workplace – everyone’s a winner. That means making diversity part of the everyday conversations at your business, rather than merely a talking point on International Women’s Day. We need to make this a living, breathing part of every company’s culture. 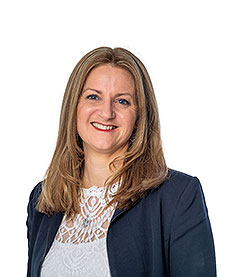