The benefits and hidden costs of working capital

Working capital is one of the most hotly contested areas of equity price adjustment during a sale negotiation. Understanding what working capital actually is before entering into negotiation can ensure a better outcome for both parties.

Part of the issue is that International Financial Standards (IFRS) or Generally Accepted Accounting Principles (GAAP) don’t provide a definitive legal definition of what working capital is and what its components are, particularly whether certain assets and liabilities should be included in working capital or net debt; this creates uncertainty according to Grant Thornton International’s report, ‘A smarter way to get deals done’.

Most small M&A transactions in New Zealand involve a sale of assets like stock, fixed assets and goodwill; other working capital assets and liabilities are often ignored in transactions. However, larger M&A deals tend to have increasingly sophisticated completion mechanisms, and consideration around the level of working capital becomes even more important in due diligence and price negotiation.

If an equity value adjustment for working capital is not taken into account, inequities often arise between buyers and sellers of businesses. This can be avoided if both parties discuss whether an adjustment for working capital is necessary, and then what is to be encompassed within working capital. Usually it includes current operating assets (excluding cash) such as stock, trade debtors, and prepayments, less current operating liabilities (excluding loans and overdrafts) such as trade creditors, accruals, and payroll liabilities. The price is then adjusted to the extent that net working capital acquired at the time of sale is higher or lower than the established ‘normal’ level.

The calculation of a working capital target based on a normal level can cause a significant change in the equity price. Parties often struggle to reach an agreement on what normal working capital really looks like, which can be a highly subjective area open to manipulation.

Complications also arise when businesses operate with negative working capital and this can become a negotiating issue during M&A deals; this occurs in a number of different sectors, particularly those where participants have cash paying customers (eg, retail). It can also arise in industries like IT where businesses receive an annual subscription and deliver services over a period of time.

Typically, working capital is measured over an extended period and an average is taken. This can remove the effects of seasonality and monthly fluctuations.

The most common reference period used for assessing the working capital target is the average of the last twelve months (LTM) to the latest diligence/available balance sheet, or to the latest audit date. LTM is useful because it assesses the most recent business performance typical of the company’s trend, and it helps avoid potentially misleading or short-term measurements.

Grant Thornton International’s research found that globally, 63% of respondents used LTM, with 24% of respondents reporting they use some combination of historical and forecast results, or an entirely forecast period to calculate the target working capital. These results were consistent throughout the world’s major regions.

How to treat assets and liabilities

A deal’s equity price can be significantly impacted by the treatment of assets and liabilities that may not obviously fall within working capital or net debt in the equity price adjustments. There are often multiple items during a deal process where a buyer’s view of their treatment in the price adjustment mechanism may differ from the seller’s view. It is helpful for each party to be aware of all the contentious items, and the rationale for and against different treatments.

We recommend that each party should establish their positions on contentious items early in the transaction process - preferably as early as the offer stage (before exclusivity is granted), to avoid transactions falling over, causing unnecessary delays or increased costs.

We encourage parties and their advisors to have open discussions to reach an agreement, and ensure that one party is not disadvantaged by a lack of awareness. To avoid leaving “cash on the table” or overpaying for a business, parties need to understand the implications of working capital in M&A transactions. Although Grant Thornton’s findings highlight regional differences, the underlying principles of how to arrive at the final equity value and reflect this in the SPA are, in fact, relatively consistent; the full report ‘A smarter way to get deals done’ can be downloaded here.

Originally published on www.nzlawyermagazine.co.nz and republished with permission. 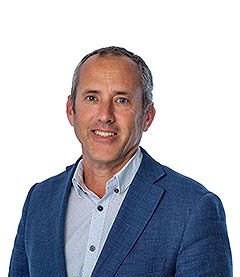 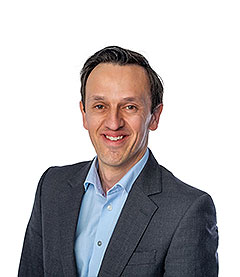