Large on spending, low on surprises

Our industry experts provide some insight into what Budget 2021 means for certain sectors. Discover what they think the key implications are for health, housing and construction, and the environment.

A few surprises, but mostly this Budget delivered as expected. Major spending allocated to the roll-up of the DHBs and the establishment of the Māori Health Authority were already well signalled. This is very welcome news, because although the last Budget provided a chunk of money for DHBs, a lot of it was used for debt repayment, which meant very little funding trickled through to those at the coal face.

Also welcome were some of the smaller funding announcements, such as an additional $100 million for air and road ambulance services. They have been crying out for support for some time – we felt this was a case of the squeaky door getting the oil. The $700 million earmarked for capital projects is also desperately needed and will be extremely well received, as will the $517 million for improving records systems. We think that there will be a lot of interest in how these funds are actually applied in practice.

Primary healthcare and GPs got just under $50 million, which isn’t going to go far when you spread it across all the GPs in New Zealand, so I think they may feel a bit hard done by. There will also be some disappointment about Pharmac funding: Pharmac requested around $400 million per year and was allocated just half of that over the next four years.

For middle NZ the only tangible benefit they may gain from the health budget is being able to access the $1.5 billion spend to buy Covid-19 vaccines and run the immunisation programme. Not an area of spending that anyone will question, and it highlights the significant costs that a pandemic brings to an economy.

Overall, the increase in health spending is badly needed. With a total of $2.7 billion for DHBs over the next four years, hopefully we can use some of that extra funding to attract people to work in our healthcare sector as it grows. Without better pay, local healthcare workers will leave for Australia and international workers will choose to go elsewhere.

Finally, although it’s not direct spending on healthcare, the boost in benefits should have a positive flow-on effect. We hope that families with a little extra money in their pockets can spend it on a visit to the doctor that they might otherwise have avoided. Healthcare is tightly aligned with meeting social goals, and spending in this area helps reduce the number of people below the poverty line.

PROPERTY & CONSTRUCTION: Housing initiatives are positive, but need to go further and faster

The Government is making the right moves on housing, but I would like to see it go further and move faster. The moves to boost apprenticeships and training are excellent and will help to address some of the skills shortages in the construction sector, but they could definitely have gone further with this initiative. The same can be said of the $380 million in Māori housing investment, which is excellent, but those houses will quickly be soaked up by existing unmet demand. And ditto for the 18,000 new housing places by the end of 2024: we could fill those tomorrow. And without more detail, we don’t know how fast or when these new houses will be rolled out.

Also frustrating is the slow pace of action on reforming the Resource Management Act. Yes, there’s been $130 million set aside to try to tackle the RMA, but it looks as though it will be 2024 before anything is achieved. I’ve seen this too many times before; every government talks about giving the RMA an overhaul, then it falls into the too-hard basket and gets pushed back. I have clients in the industry who feel as though they’ve spent years banging their heads against the wall of this particular piece of legislation. The cost of the red tape continues and they keep on passing it on, leading to ever-higher construction costs.

I would have quite liked to have seen more for first-home buyers, too. Australia has just announced some incentives for people on moderate incomes – who can service debt but struggle to save a 20% deposit – to get a loan that is partly government-guaranteed. We could have swiped that idea.
Really encouraging is the outlook for construction. Looking across at the other sectors covered in the Budget, you can see big chunks of money allocated for new infrastructure and maintenance, particularly in education and health, as well as direct infrastructure spending. These all add up to massive sums going into the construction industry, ultimately to produce facilities and services that will raise the standard of living for all New Zealanders. A really positive sign for the future of the industry.

Another somewhat encouraging move is the Three Waters programme, which will create new entities to deal with water infrastructure. In theory, larger organisations should create better efficiencies and superior buying power.

Overall, no big surprises on housing. It’s great to see the Government taking steps in the right direction, but we could be making bigger strides.

With climate change one of our Government’s top three priorities, I found Budget 2021 hugely underwhelming. We have only nine years left until we reach our tipping point: by 2030 New Zealand aims to have greenhouse gas emissions at 30% below 2005 levels. By 2050, we aim to be at net carbon zero. These are not the kind of deadlines you can meet by pulling an all-nighter in a last-minute panic.

Very little has been done to address climate change in this Budget. There are a few nods toward reducing emissions and $300 million toward investing in green technology, decarbonising public transport and the waste and plastic sectors. The uptake of low-emissions vehicles is being incentivised, there’s a little for reducing farm emissions, and an extension on the Warmer Kiwi Homes programme.

None of this provides the kind of large-scale investment we need to see in order to meet our targets and protect our future. It feels as though we are wasting precious time. James Shaw says they weren’t ready for this Budget, which surprised me, so announcements will apparently come at the next Budget. If we need to wait another year, we could have at least ring-fenced a large sum of money to spend on climate change initiatives.

The longer we drag our feet, the fewer opportunities we have to implement major changes.

If you'd like to recieve more insights from our industry experts, simply provide us with your details below: 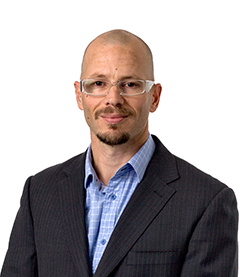