Property developers: when can you start recognising profit?

Louis Glickman famously surmised the best investment on earth is earth; however, as a property developer, you need to know when you can recognise the profit on that investment.

Once upon a time, developers could start to recognise the profit they expected to receive on real estate developments over time during construction. However, when the New Zealand Accounting Standards Board issued NZ IFRS 15 Revenue, from Contracts with Customers, they introduced a “no alternative use” model to more clearly delineate when and how revenue can be recognised by property developers.

So what does no alternative use actually mean? For example, how is it applied when dealing with a contract for the sale of a single residential apartment contained within a multi-unit complex currently under construction, as opposed to apartments that are completely built on spec? It usually depends on the property developer’s ability to demonstrate that it meets the following criteria set out in NZ IFRS 15:

Determining whether an alternative use exists for individual apartments involves significant judgment based on careful consideration of the facts and circumstances. For example, could the apartment block be converted into business offices?

Specific guidance on how to assess alternative use has been hard to locate because there are few, if any, so-called ‘bright lines’ set out in NZ IFRS 15. However, two broad categories have now emerged to help property developers more confidently conclude whether they are constructing assets with “no alternative use”.

Substantive contractual terms exist when they prevent the property developer from redirecting a specific unit under contract to another customer.

If a substantive contract provision makes it impossible for a property developer to redirect a specific apartment to another customer, even though other units in the complex might be similar, then that apartment does not have an alternative use to the developer because it’s legally obliged to transfer it to the original customer.

This could be accomplished by including a contractual term naming the specific unit being sold (eg, Apartment 730) or describing its attributes in enough detail that substitutability is effectively restricted (eg, the southwest facing corner unit on the 7th floor). However, a contractual restriction may not be substantive if, for example, it only represents a protective right that does not effectively restrict the vendor from physically substituting a largely interchangeable asset should something unforeseen happen (eg, a natural disaster or insolvency).

A practical limitation exists if the developer incurs significant economic losses in repurposing the asset for another use. For example, an apartment that is highly customized for a buyer does not likely have an alternative use if the developer would need to incur significant costs to reconfigure it for someone else or they could only sell the unit at a significant loss.

For non-customised apartments, such practical limitations may not exist. That said, while individual apartments in some complexes may be fairly standardised, contractual provisions are often present that act to restrict the developer from redirecting a specific unit to another customer. In situations like this the no alternative use criterion would be met.

Various regulators around the world generally agree that when evaluating the no alternative use criterion, the property New Pagedeveloper must consider whether it could sell the completed asset to another customer without incurring a significant economic loss. It’s also interesting to note that in making that assessment, if customisation only takes place in the final 20% of build, that factor should not be taken into consideration.

A word of warning: the time to comply is now

This reporting standard came into effect for any reporting periods beginning on or after 1 January 2018, so if your balance date is on or after 31 December 2018, careful consideration of the “no alternative use” principle should be top of mind, because the amount of revenue recognised to date, and the consequential profits that result might have to change. 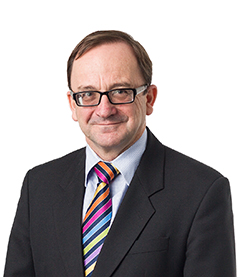