Invest in the regions to save Auckland from itself

What might the 2018 Budget deliver on regional economic development, and how will it intersect with our largest city? In the first piece in a series analysing Budget 2018, Grant Thornton’s Murray Brewer casts his eye over the options and opportunities.

The government’s moves on regional economic development are courageous and long-overdue, and will have impacts across the whole country. The key question now is how those who receive a slice of the billion dollar provincial growth fund will leverage the full benefits of this investment. This isn’t just an opportunity to enhance economic development outside of the country’s main centres, but to create resilient communities, sustainable jobs, and to boost social inclusion and participation.

The quality of life available to those living outside of Auckland and Wellington is a remarkable selling point that the country has been slow to take advantage of. Those two cities have historically been seen as where serious money can be made, but the rapidly rising costs of living are creating a revolving door effect, where the wealthy are being replaced by those who are even more wealthy. There is increasingly limited housing stock, and a growing disparity between rich and poor. Something has got to give.

Descriptions of regional centres as “zombie towns” may have ironically given many in the cities pause for thought, as it was a clear signal that life could be better and more affordable there. My friends in smaller towns chuckle to me about how despite the predictions they haven’t been mugged yet, their commute passes through two sets of traffic lights, and they’re going fishing this afternoon. For Aucklanders stuck on the southern motorway for an hour and a half every morning, breathing in carbon monoxide and watching trucks practically parked in the slow lane, they may wonder what the point of it all is.

A fundamental problem for attracting people to live in the regions is that they’re not well known for high incomes outside of the health sector and some aspects of primary industries. The economy of regional cities can’t be built up through provision of public facilities and services. But to turn that point around, smaller cities and towns in the regions already boast some of the high quality infrastructure, such as hospitals, good schools and affordable, quality housing, needed for an economy to be built. Not to mention, they’ve also got largely un–congested roads.

At the upcoming budget, and from ongoing spending from the provincial growth fund, the priority must be to take the opportunity to allow people to create meaningful and sustainable careers in the regions. Supporting and continuing the development of ultra-fast broadband will be crucial in this respect – an infrastructure initiative of the previous government that is bringing about much needed connectivity with towns and regional centres. The advantages of allowing more people to work remotely to workplaces headquartered in Auckland are manifold – not only will it bring much needed economic activity into the regions, it will also increase the quality of life for those who must still remain in Auckland.

However, as political tides go in and out, regions can’t necessarily depend on always having access to the grants currently being handed out. There must be rigorous analysis, measurement and monitoring of any money given through the regional economic development fund, to ensure both that the money has been well spent, and to also show future governments what type of investments have succeeded, and which have failed.

Grant Thornton has conducted rigorous and useful analysis through the GrowthAccelerator programme in England. GrowthAccelerator was a UK government service delivered by a private sector consortium led by Grant Thornton UK. The three year programme saw 23,000 small and medium enterprises receive support to realise their growth potential, through highly focused and tailored interventions and assistance. One of the key findings was that there was significant untapped potential for high growth in rural areas. The analysis also found that urban England wasn’t necessarily the driving force behind business growth.

Clearly there are lessons for New Zealand out of that. The money being spent by the provincial growth fund will largely go towards private businesses, which could generate significant export revenue for the country provided their region is well supported in terms of infrastructure. Many areas around the country already fit that bill. We could have a dozen vibrant and thriving centres where talented people can go, rather than just a few.

In the upcoming budget, the government will be able to generate a lot of confidence in their plans, if they present a strategy for how the provincial growth fund will be spent. At the very least, the time is now to present more details on the process for how funding will be allocated.

Economically, it is a crucial time for New Zealand, for life to be breathed back into the so-called zombie towns of New Zealand. A lot of talented and driven people are finding their quality of life is diminishing in Auckland. It is crucial for the country that they choose to build their careers in a different part of the country. The right investment in the regions can see them flourish as an alternative to a departure for Australia or further afield. 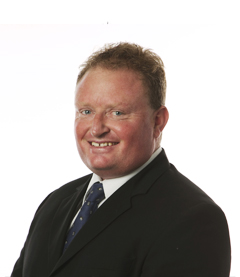