Back in March the Government announced a range of measures in an attempt to address runaway house prices in New Zealand. Key amongst these were changes to the tax system to counter what it saw as favourable treatment for investors in residential housing.

New Zealand is one of the few countries in the OECD that does not have a capital gains tax. While there are already a number of tax rules that tax gains from property (essentially a loosely disguised capital gains tax), the new measures went much further.

The first of these was to tax any gain from the sale of residential property, other than the main home, where the property was sold within 10 years. This is known as the “bright-line” test. It was originally brought in by National with effect from 1 October 2015 and was initially only for sales within two years. It was then extended to a five-year period by Labour from 29 March 2018. And for property bought after 27 March 2021, the bright-line period is now 10 years.

The second measure announced in March was a phased in denial of interest deductions for money borrowed to purchase residential property. The idea behind this was to prevent tax deductions for interest when a lot of the anticipated returns were expected to be from tax-free capital gains. The interest denial rules hadn’t actually been developed when they were announced, even though they applied from March for new purchases and would be phased in for all other residential investment properties from 1 October 2021.

Advice from Inland Revenue at the time said the changes would bag the Government $1.82 billion in additional revenue over the years 2021-2025, depending on interest rates.

Roll forward to late September 2021 and finally the Government has introduced draft legislation covering the interest denial rules – just in the nick of time.

These rules are probably some of the most controversial tax changes in recent years. Most taxpayers who invest in residential property to derive rental income will no longer be able to claim a tax deduction for the interest they incur earning the income.

Under the interest denial rules, no interest may be claimed from 1 October 2021 for residential property purchased on or after 27 March 2021.

For property acquired before 27 March 2021, these rules are phased in with:

As with any tax rule, the devil is in the detail which is now finally before Parliament. The detail is chiefly in setting out the exemptions from the rules.

The first of these is that the new rules don’t apply to the same extent to “new builds”. A new build is a property that received its code compliance certificate on or after 27 March 2020. Interest relating to new builds is eligible to be deducted for up to 20 years from the time the property’s code compliance certificate is issued. This exemption will apply to both the initial purchaser of the new build and any subsequent owner within the 20-year period.

The bright-line period for new builds (again using the same definition based on the issue of a code compliance certificate) is reduced from 10 years to five years.

Under this definition it is the issue of the code of compliance that makes it a new build, not the age of the building. So, an office building that is converted into dwellings, or an existing dwelling converted into multiple new dwellings, could qualify.

There are also exemptions for certain types of residential property such as houses on farms, certain Māori land, retirement villages, hotels, hospitals, social housing, employee or student accommodation, and land outside New Zealand. Owner-occupiers who rent rooms of their main home to tenants are also excluded.

Companies that own residential houses will also generally be exempt from the rules, provided their main business does not involve residential land. Unless that is, five or fewer individuals or trustees own 50% or more of the company.

Property developers can generally still claim interest on houses they develop for sale.

Where interest is denied, it can still be claimed if the property ends up being taxed under the bright-line rules. The deduction is allowed in the year of disposal.

The legislation will now head to select committee and is expected to pass by next March, even though the rules when enacted will apply retrospectively from 1 October 2021.

There is a lot more detail in the rules than set out above, and your specific circumstances may mean a different outcome. As such, it is recommended that you seek individual tax advice. 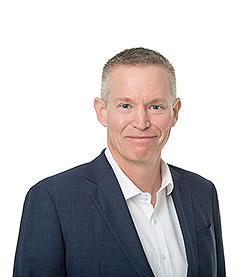