Environment & sustainability: If the Budget genie gave me three wishes, I'd ask for...

Let’s loosen the public purse strings so we can spend more on Jobs for Nature and seriously commit to our carbon goals, says Michael Worth, Partner and Environment and Sustainability Leader.

If the Budget genie sprung from its lamp and asked me what I’d like delivered in Budget 2022, I would ask for: The Public Finance Act to be reformed, more Jobs for Nature, and a ceiling on our carbon emissions.

There’s a common perception among many Kiwis that a Government should balance its book like a household: earn more, spend less and run a surplus at all times. This approach is supported by the Public Finance Act, which sets out a framework for how the Government can borrow money or spend public funds.

The Government spent strongly over the past few years to support its laudable COVID health response. Its economic response was bold, swift and decisive. We emerged with a strong economy, and a level of public debt considerably lower than our peers. Now Grant Robertson is aiming to rein it in, warning in his pre-Budget announcement, “As we move to a new normal post the peak of COVID, it is the right time to resume a set of fiscal rules to carefully manage costs while planning for the future.”

But treating the country like a household isn’t appropriate or necessary. It’s too restrictive to allow New Zealand to tackle the huge environmental challenges we face. The Public Finance Act enshrines an outdated, orthodox approach to spending that is holding us back from investing in the future. It must be reformed, because public debt shouldn’t be as frightening as what we’re facing environmentally if we fail to act.

Given the level of threat, what is required is not simply more room to manoeuvre within the PFA, but to remove it. Once this artificial constraint is gone, then we can clearly and confidently use the power of the Government’s balance sheet to address the very real crises to ensure we have a future. A high level of fiscal debt might be undesirable, but the real debt is what we owe to the next generation. What good is running a cash surplus if our children can’t rely on quality air, clean water and a healthy place to live?

If we did have more to invest, the Jobs for Nature programme would be a great place to start.

Robertson stated in his pre-Budget announcement, Budget 2022 initiatives will “be a pivotal change as we move towards a high-wage, low-emissions economy that provides economic security in good times and bad”. But what does this look like as it moves beyond a statement? How might we make it policy and action? Our high wage, low emissions economy will need greater environmental expertise. It also needs more low carbon jobs such as caring for humans and improving our external and internal environments.

As part of the bold and decisive COVID recovery strategy, the Jobs for Nature programme has coordinated and managed funding across government agencies to benefit the environment at a local level. The $1.2 billion budget is designed to fund 11,000 nature-based jobs across Aotearoa; it has already created 5,700 jobs for 360 projects. The fund has paid for 3.2 million plants to be planted, pest control on over 500,000 hectares and maintenance on nearly 600km of tracks.

The programme has taken people displaced out of sectors like tourism and repurposed those skills into jobs to achieve real results at local levels. Imagine the effect we could have on Aotearoa New Zealand’s degraded environment with a significant boost to this programme.

Our interior environments could also benefit if we expanded the programme to fund work on making homes more efficient. According to the International Energy Agency, boosting buildings’ energy-efficiency work creates more jobs per million spend than any other sustainable initiative, and is the highest job creator of the sustainability initiatives they assessed.

An extension of the Jobs for Nature programme in Budget 2022 might become more like a true job guarantee, providing a low-carbon care economy. A more comprehensive job guarantee would ensure the creation of dignified jobs, ensuring full employment and acting as an automatic stabiliser to keep inflation in check more effectively than current mechanisms.

Budget for carbon, not just cash

Rather than just money, a proxy for resource use, how about we base the budget on not only financial metrics, but the actual resources we have? The idea of an energy economy has been gaining ground, partly because energy has far more intrinsic value than money. If you were stuck on a desert island, you’d certainly rather have a generator than a pile of cash.

Carbon is one currency in the energy economy, and we have set targets for reducing our carbon use and emissions. What if we established how much carbon New Zealand had left to burn? If we agreed Aotearoa New Zealand’s carbon budget and capped it, it would throw into very stark relief the best use for this scarce resource. As a nation, it would help us to reach our target of 100% renewable energy by 2030, and facilitate the transition to a carbon-neutral future.

There are ways we could measure and allocate carbon, such as Tradeable Energy Quotas, which could be allocated to individuals. Those who use less carbon than they’re allotted could sell the excess to other users, and manage the system through an online platform. The total number of units available to New Zealand goes down year by year and could be set by an independent body, like the Climate Change Commission, which would set the units to maintain adherence to our emissions targets.

Let’s be bold and brave

The Budget is an opportunity to address some of the country’s biggest issues. This is what Government is all about – investing in the future of its people, environment, and economy. I want to see the Government fret less about reducing public debt and think more about how we start to repay the debt we owe to future generations. 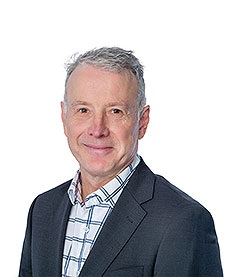